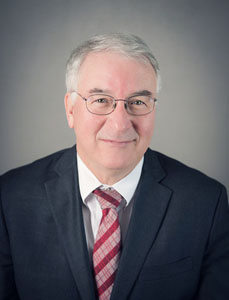 Thomas R. Burney, a resident of Crystal Lake since 1983, has extensive experience in land use entitlements including zoning, subdivision and permit approvals; negotiating and drafting annexation agreements, development agreements and recapture agreements; municipal finance including Tax Increment Financing and work-outs for land with SSAs; and disconnection.

Mr. Burney has represented developers in many communities in every county in the Chicago Metropolitan area and has represented private land owners and local government on land use issues including eminent domain matters in the several circuit courts in the region.  He has represented clients before the First and Second District Appellate Courts and the Illinois Supreme Court on over 20 appeals during the course of his career.

Mr. Burney’s experience also extends to municipal law, having served as the Village Attorney to the Village of Palatine from 1991 to 2001 and Special Counsel to the City of Aurora, Village of Hawthorn Woods, Village of Fox Lake and the Village of Hoffman Estates.  He served ten years on the McHenry County Zoning Board.