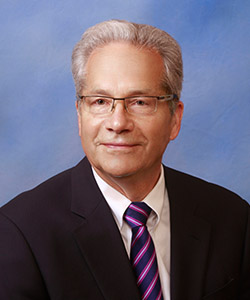 As a founding partner of Zanck, Coen, Wright & Saladin, Thomas C. Zanck brings over 40 years of litigation experience to the table.

A lifelong resident of Illinois, Mr. Zanck brilliantly applies his in-depth knowledge of Illinois statutes and case law for every client — from banking law to zoning and development.

One of Mr. Zanck’s many entitlement projects was serving as the lead counsel in assisting Del Webb in the entitlement of its largest four season retirement community in Huntley, IL.

Community Opposition and Zoning
Excerpt: Mr. Zanck: “One of the benefits of being involved in the community as much as we are is we do have our ear to the ground and so we are able to pick up the signals when there is an issue that there is going to be significant opposition to a zoning application or a pending zoning application”
Zoning Appeal, Rezoning and Entitlement Appeal
Excerpt: Mr. Zanck: “The zoning process is significantly different depending on whether you are in a county seeking permission from a county government or whether you are in a municipality.”
Zoning and Entitlement Practice
Excerpt: Mr. Zanck: “….what’s interesting in the county is individual townships. I think there are 10 townships in the county of McHenry that have their own plan commission. So in advance of your going before the zoning Board of appeals in the county you would appear before the plan commission of an individual township…”
Acquisitions, Zoning and Entitlement
Excerpt: Mr. Zanck: “From a zoning or an entitlement standpoint, one thing that you really have to review when you’re making an acquisition of a new plant or a piece of property that you want to expand. You have to determine what the present status of the zoning is, what things you can or can’t do.”