Tom: What’s changed over the last 10 years is community opposition to zoning requests. And I can’t deny that the social media aspect of community opposition has really enhanced the organization of people who simply do not want a village, a city or a county to approve that application that a petitioner has filed seeking to change the use of a particular property.
So it’s important for a law firm and for the petitioner that they are representing to keep their ear to the ground from a social media standpoint, checking the blogs, making sure they know whether or not there is going to be a surprise. 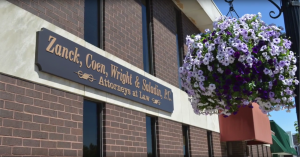 I remember one zoning hearing we had that was probably nine years ago now. It was just at the beginning of the social media stage where we expected limited opposition to an application which we thought was going to enhance a village significantly and I truly believed a village believed that as well when over 350 people showed up at a hearing in a hall that could only accommodate 50 and we ended up having to move the entire hearing to one gymnasium down the street so you have to keep your ear to the ground.
One of the benefits of being involved in the community as much as we are is we do have our ear to the ground and so we are able to pick up the signals when there is an issue that there is going to be significant opposition to a zoning application or a pending zoning application.